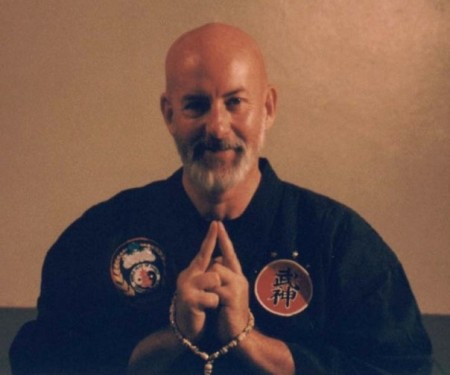 Instead of using sectarian or dogmatic means to awaken Kundalini… instead of subjugating yourself to the will of a potentially abusive shaktipat guru… you can skillfully, safely, rapidly, and permanently awaken and integrate the Kundalini energy within your own body by using a set of personal practices that use transformations of the physiology and somatic psychology of the human body as experiential metaphysics.

Dr. Morris’s Method applies a cross-cultural understanding of somatic psychology to many of the traditional methods* of kundalini awakening and spiritual development, to distill a secular process that can be successfully used by most people, regardless of their background or belief system.

This premise has been successfully empirically tested with all manner of practitioners for almost 35 years – with practitioners who variously identify as secular, spiritual, or religious (from all of the worlds major faiths, including laypeople and clergy), from teenage to octagenarian, of every race, gender, and sexual orientation, across a wide variety of cultural backgrounds.

The process brings about the trademark energetic experiences and integration of the personal, trans-personal, transcendent, and immanent consciousness common to the mature kundalini process, in almost all who practice it in a complete and well-rounded manner, typically in a matter of months — all while providing everyday, real-world improvements to quality of life.

Dr Morris’s Method does not require the practitioner to subscribe to any dogma or change their religious or secular affiliations.

Rather than working with metaphysical symbol sets or sectarian liturgy, Dr. Morris’s process works directly with the universal human experience – the body, senses, and emotions and aspirations we all have in common – and their capability to carry and filter the experience of consciousness.

Dr. Glenn J. Morris’s kundalini methods have been taught and continually refined since his own awakening and integration in the summer of 1985.

As a college professor, he had the summer off from classes, and applied an unusual cycling of full traditional practices from several cultures over a daily 6-8 hour practice period for those summer months, resulting in what Indian swamis would deem an integrated mature kundalini rising and Self-realization, Tibetan Lamas deemed Mind Realization and Realization of the Vajra Body, and what Taoist masters would call the fruition of Kan & Li (internal alchemy).

Dr. Morris then saught to make the process replicable, safe, and more time-efficient without losing any of its power. He did further academic research and correspondence to look at alternatives and commonalities across cultural systems, and worked with fellow martial artists,  meditators, and students to empirically test the effects of each modification made in the method.

The early versions of Dr. Morris’s kundalini cultivation methods were taught in his Hoshinjutsu college martial arts curriculum, then additionally through his Meditation Mastery audio program (published by Sounds True in the 1980s and then self-published thereafter). Pieces of them appeared in Path Notes, which he published on North Atlantic Books in 1993, and were codified in the more comprehensive Hoshin Tao Chi Kung program, in the late 1990’s.

Then, around 2001, Dr. Morris distilled just the techniques necessary for kundalini awakening and integration into a workshop program he called the Kundalini Awakening Process (KAP).

Dr. Morris began to teach these workshops containing just the essential powerful practices for safely and rapidly awakening kundalini, and for integrating the continued evolution of the energy in the body.

The techniques and principles of the Kundalini Awakening Process were culled from his larger, more comprehensive systems of martial, energetic and personal cultivation (Hoshinjutsu), and presented in a friendly format so that people from all walks of life had access to the methods, separate from the dogma and groupthink of traditional martial, spiritual, or religious organizations.

The Improved Kundalini Awakening Process (Improved KAP) came about when Glenn further refined and augmented the practices in KAP with the input of Santiago Dobles and Tao Semko, traditional tantric yogis and martial artists.

Dr. Morris also variously called the KAP system “Lightning Path Esoteric Yoga & Heaven’s Way Chi Kung“, and, after noticing how many of the middle-aged and elder students were rejuvenated by the practice’s mobility and endocrine balance-enhancing aspects, the Kundalini Rejuvenation Process…

The original Hoshinjutsu and Hoshin Tao Chi Kung curriculae, which were designed for those interested in martial arts as self-development, are also still taught by Glenn’s senior Hoshin students, especially those of the Hoshinbudoryu, which was originally Dr. Morris’s East-Coast US organization within Hoshinjutsu.

Dr. Morris’s Improved KAP/Kundalini Awakening Process is ultimately a set of principles and skills which balance, amplify, and harmonize the physiological, energetic, emotional, intuitive, and logical capacities of the body-personality while deepening and unifying experiences that reveal consciousness as something more than just the body-personality.

A complete KAP practice can be done in 40 minutes a day, though you may also enjoy longer, more transformative practice sessions.

KAP allows you to:

Please log in again. The login page will open in a new tab. After logging in you can close it and return to this page.